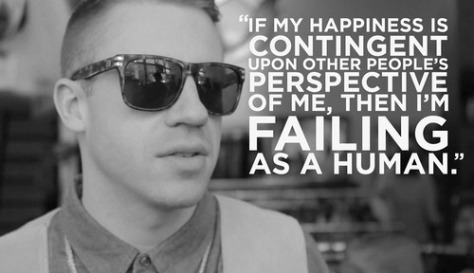 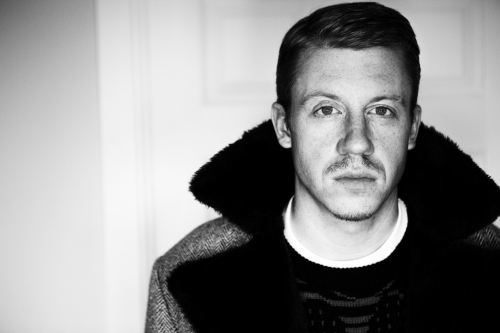 Very rarely some type of artist, musical or not comes into my life and becomes a person in my life to the point where I feel as if I know him or her. Long before MTV did or ITunes did, I knew about a hip hop artist named Macklemore. I fell sleep to his music, drove to his music, worked to his music and cried to his music. And now that he’s hit the big time, it’s the same feeling I get with my kids when they hit a milestone. He’s like family and I’m so proud. But the selfish girl in me is looking around saying, ummm helllllo, didn’t you know I liked him first, he’s MY family?

It’s all sounding like some neo-Misery plot but it’s authentic. It touches my soul when he raps. And I want him to be able to escape every pit fall that is presented to those shot into stardom. He unlike many others, has worked his tail off for it. Struggled with sobriety. Kept his friends close. Treats his women good. Tells complete strangers his heart and his humor. He’s you and he’s me.

But don’t forget he’s also mine.

My selfish mind doesn’t believe he touches anyone else’s heart or mind. But a step as a human is…. go download it, go listen to it. You’re welcome.

People development consulting. Making work a happier place to be.

Social Good Moms is a blog dedicated to maternal health and women's and girls' issues and causes.

As you walk in the crowded empty spaces

and you stare at the emptiness around you